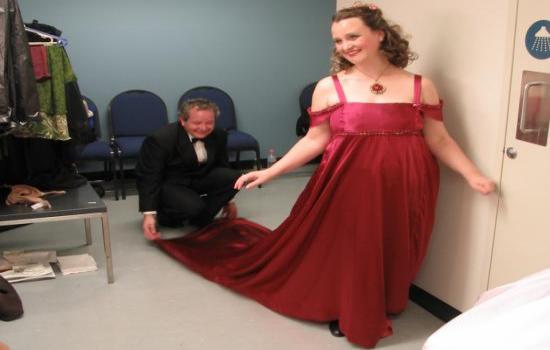 D’Arne Sleeman a graduate of Queensland Conservatorium, Griffith university is a Brisbane-based singer who has worked in all genres from opera, music and live theatre through to being a professional cantor.

A regular artist with Opera Queensland she has performed in over forty productions since 1993, toured for three years with their primary school production of “The Songbird” in the title role and worked as tour manager.

She appeared in the Verdi Requiem and The Flowering Tree – John Adams as part of the 2019 season.

Dear D’Arne We are still elated after Carolyn’s beautiful wedding. Thank you for your wonderful singing which enhanced the ceremony enormously. The Ave Maria and Panis Angelicus were both gorgeous. We also thank you for leading the hymns and responses for the congregation. We all enjoyed singing with you! Many thanks for an unforgettable day.

On behalf of the Indee thank you Elizabeth, D’Arne, Mark and Bernard for another superb show. The compliments flowed thick and fast as the audience left and so they should have. The show had a lovely warmth, great balance of songs and the look of you lot thoroughly enjoying yourselves (I hope that looks don’t lie).It was a delight having you back and we hope that you can see your ways clear to repeat the visit perhaps at the same-ish time next year.

AMAZING EVENT: on a high after an amazing performance of Opera in the Caves.

Hi D’Arne, I just wanted to drop you a line to say THANK YOU for your beautiful singing on my wedding day (14th Sept). It was so hectic, I didn’t get a chance to catch you, on the day, and I’ve just recently arrived back in Ireland. Ave Maria sounded amazing as I was walking up the aisle- I’ll never forget it! Thanks again, Best Wishes

I just wanted to follow up and thank you for your excellent job at our wedding on the 12th. I know it was a big ask to learn and sing a zulu song but it sounded fantastic – as did Nightingale. Everyone commented to us how great you guys were before and during the service – you really added to the joy on our day. All the very best and please pass on my thanks to the rest of the group.

D’Arne, thanks for bringing together a wonderful group again who gave us solos, duets, trios of music for everyone. It was an inspiring evening. I continually ask myself – How did we ever come to be blessed with great performers like those who are happy to give a concert to our group of seniors, their family and friends? You have brought the joy of music into the lives of so many people along with a laugh and a few tears.

This year’s entertainment was the best yet!

On behalf of the concerts committee, I wish to sincerely thank and congratulate all the members of IN THE MOOD FOUR for the wonderful concert. We were delighted that you agreed to perform for us. We have received many complimentary comments, so I know the audience really appreciated the opportunity to hear such a well arranged program and your professional presentation was stunning. Hopefully, you would be interested in performing for us again some time in the future

In keeping with the evening’s Diva Divine theme, guests were wowed with a performance by one of Queensland Opera’s most accomplished Lyric Sopranos, D’Arne Sleeman, whose powerful voice filled the ballroom at the Brisbane Convention and Exhibition Centre

Thanks for such a fantastic job at short notice!

All of you sang your way into the hearts of the audience who, like our organising team, knew you had brought Christmas to us in the best way possible – through music which is after all, what Christmas is about, along with family, and above all, love for one another….

Just a message to say thank you for your beautiful contribution yesterday at my mother’s funeral. Several people commented how lovely your voice was and how beautiful the songs were. Sorry I didn’t get to say thank you on the day. Good luck throughout your career.

Dear D’Arne, I hope this reaches you as I want to thank you for the beautiful atmosphere your voice created at Mum’s funeral on 18th Jan at St Francis Xavier Church. Our family was blessed with your performance and we wish you all the very best for your career. Wishing you baskets of Easter Happiness.

Dear Ms Sleeman ~ Thank you sincerely for the solos you sang at my husband Harry’s funeral. You have a beautiful voice and were much appreciated by many but none more than myself.

D’Arne, has taught at Clayfield College and St Aidan’s as a vocal teacher.

As a freelance artist, she performs regularly throughout Brisbane and regional areas.

A couple of highlights included singing the anthem for the Bledisloe Cup at Suncorp Stadium and appearing in the recently released Thor Ragnarok Movie.

Engagements have included Opera Queensland, Operatif, Underground Opera, Army Band and one of the world’s largest sit down dinners for 6000 in Musgrave Park.

She has performed internationally in Cortona Italy, and with Opera Box in Wales and London. 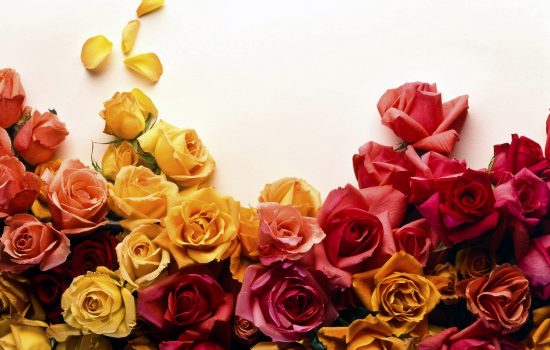 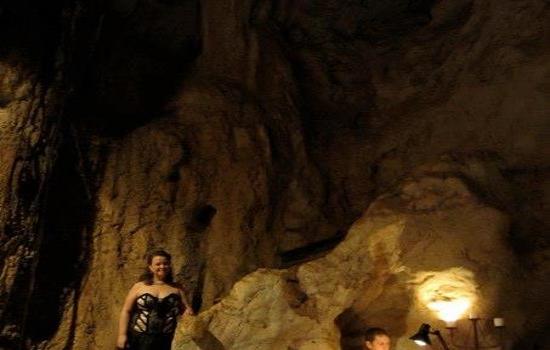 In 2016 she was invited as part of an Australian Arts Council grant to conduct workshops and school concerts for the Emerald Festival of Bands.

In 2018 D’Arne was invited by QPAC and La Scala Ballet to present an Italian music installation as pre-show entertainment for the international ballet company.

In 2019 she presented several concerts at Epsom House in  Tasmania and enjoys a full and varied schedule as a performer in a variety of corporate engagements.

D’Arne was invited to adjudicate the Choral and Vocal categories for the Mackay Eisteddfod in October 2016. In 2019 she Adjudicated in vocal and choral for Dalby, Maryborough Eisteddfods and for Fairholme College Toowoomba vocal soiree.

For Coffs Harbour eisteddfod she adjudicated in vocal, choral and drama. D’Arne is looking forward to adjudicating projects for 2020 including Taree and Sunshine Coast.

D’Arne produced and performed in several children’s performances as part of the “Live in the Libraries Series” for Brisbane City Council including, The Velveteen Rabbit, Bastien & Bastiana, Christmas around the World, Shakespeare in Music, and Rhymes, Rhythms & Rounds.

She produced a series of morning melody events for regional performances throughout Queensland from 2014 including, Yeppoon, Eumundi, Redcliffe, Ipswich, Redland Bay, Sunshine coast. 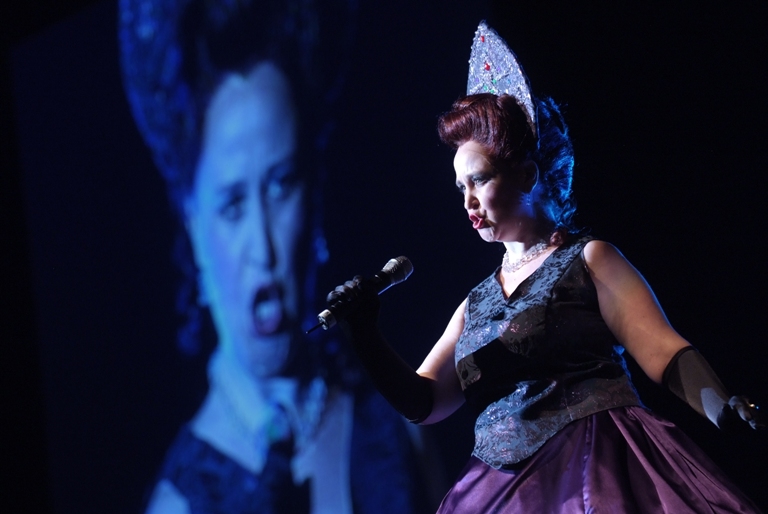 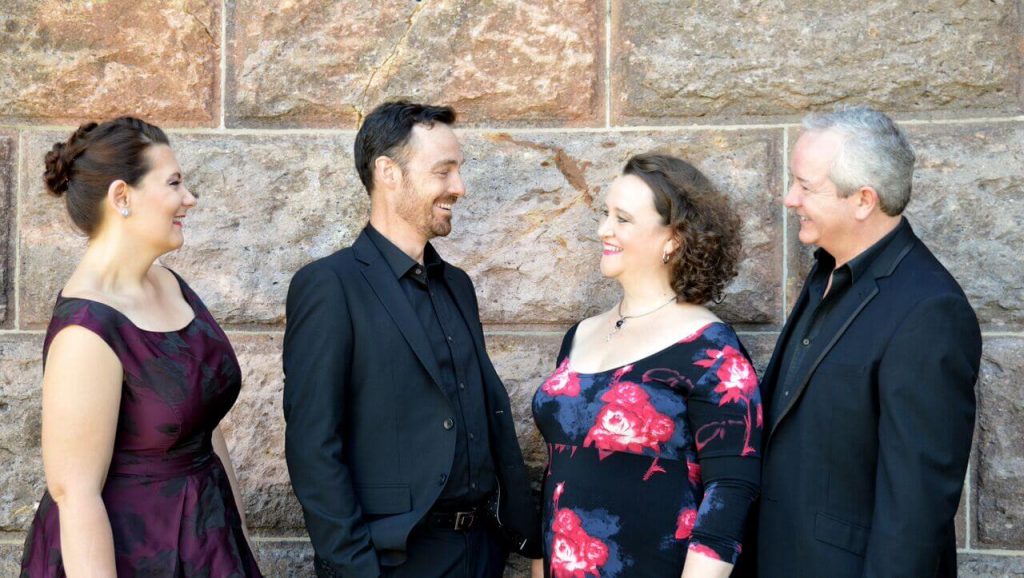 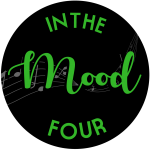 In The Mood Four

Professional Musicians for all occasions

Ceremony Musicians for a funeral 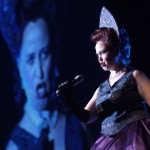 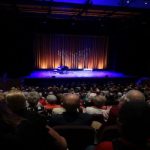 Theme ideas for your next event 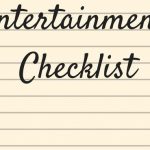 Planning Entertainment? Here is your basic need to know checklist!